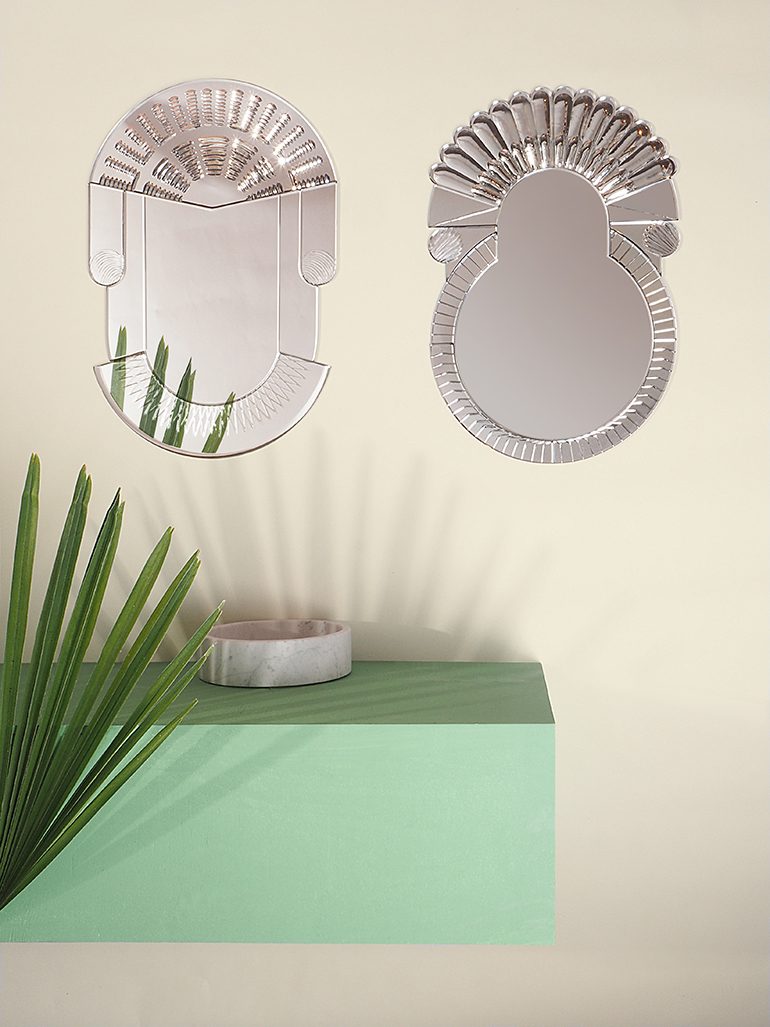 There is nothing that makes us air punch emoji more, than when we hear and see, Australian designers creating works that involve layers of research and connection to old and new crafts, tied with technical enthusiasm with overseas brands. Exhibit A, Copenhagen based Australian designer Nikolai Kotlarcyzk who has worked with the Italian brand Portego based in Veneto. 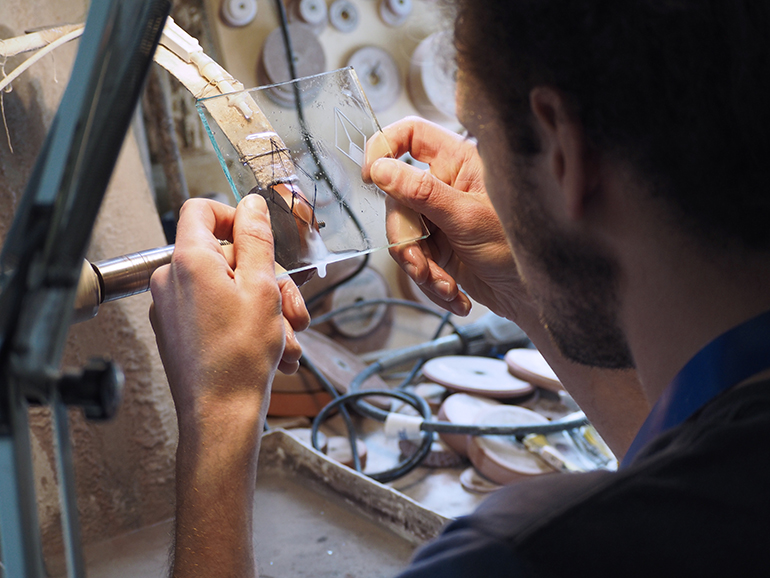 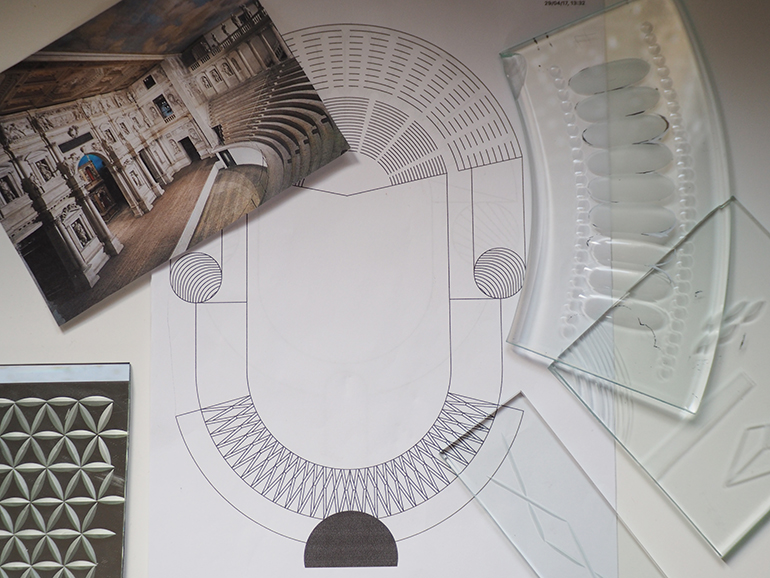 Nikolai met Stefano and Flavia of Portego a few years back in Milan while he was exhibiting a selection of prototypes during Milan Design Week at Ventura Lambrate. Earlier in the year Nikolai produced a piece for the Stockholm Design Fair in brass that mimicked a similar ideology that the Portego boys felt could be applied through their Murano glass manufacturing; that would both reflect their brand, history and architecture of the Veneto region. 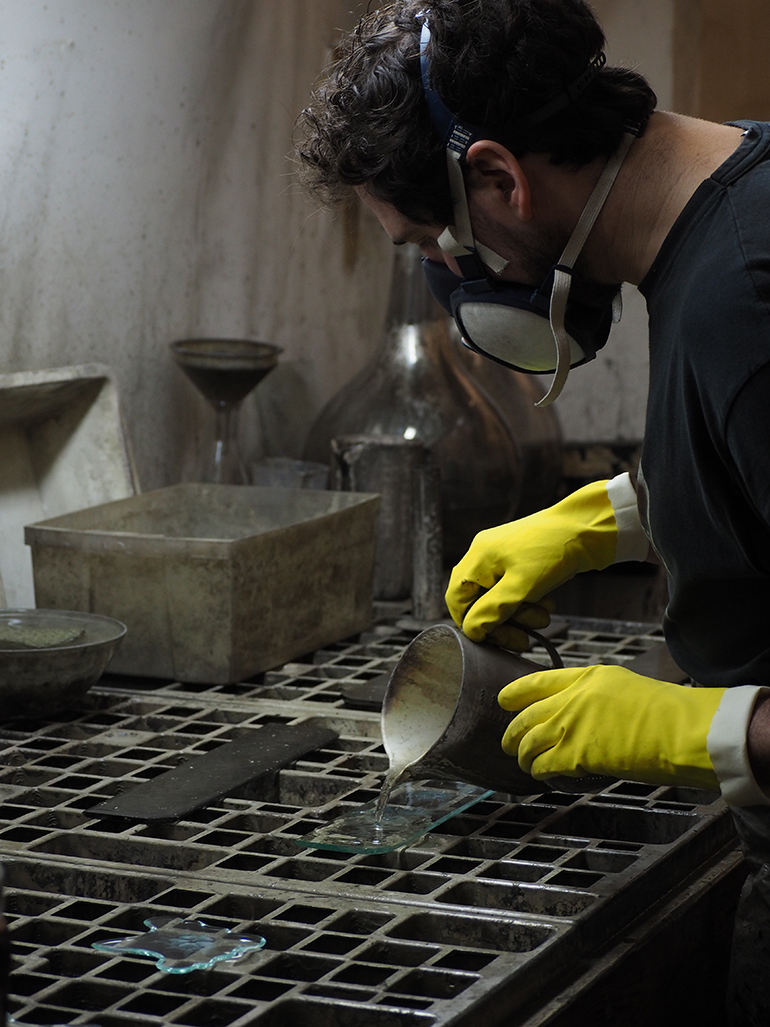 Nikolai spent 5 days based in the tiny town of Stienta to work on the initial ideas. Diving head first into their massive book collection, he was immediately immersed in Adrea Palladio’s architecture and eye. His Olympic Theatre in particularly hit a nerve and being able to physically visit the Theatre, which still remains intact was a totally immersive experience.

It actually was the world’s first closed roof Greek style theatre, further to this he also visited La Rotunda in the neighbouring Vicenza. What resinated most about this visual experiences for Nikolai was Adrea’s use of perspective but the awareness of visual perception in all of his works. 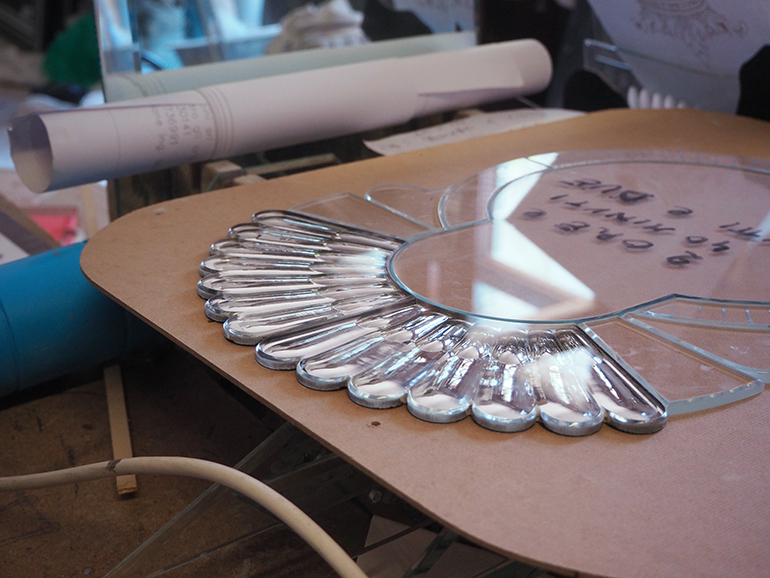 Translating these inspirations into carved glass mirror was a natural step, that held the ability to create perspective. During the process they carve on both the front and rear, which allows you to see the detailed layering effect when up close. Its a very traditional technique, carving glass and silvering the backside.

The family in Murano have been using this technique for centuries and it will never date. These two mirrors, ‘Scena’ are packed and ready, skipping off to Paris, Nikolai has also visions in the future to create larger scale pieces and even dabble further into a colourful line. Which we cannot wait to see!